What is it about Berlin?

Emptiness and edginess. A torn past and liberal contemporaries. It’s completely mystifying and it’s very challenging to sum up.

My experience in Germany has been in a lovely Freiburg bubble. After hitting the month away mark, I’m none the wiser in understanding the German psyche but that hasn’t stopped locals offering their stereotypes: rules, conventions and stoicism.

It’s a massive contrast to the turbo-charged reinvention of its capital.

Berlin is a city of all sorts of contradictions. Walking around the streets of Friedrichshain, I found myself feeling disconnected one moment and very hopeful the next. It was a different experience to the compete impressiveness of my first visit as a backpacker.

Perhaps it’s the knowledge of what’s unfolded in this part of the world,  the tragic lived history for so many of its residents. A history that seems impossible to reconcile with its many faces, farmers market and sun filled Autumn streets.

Endless material is available there for authors. Countless books have been published  recently where modern Berlin has been the inspiration. The Emperor Waltz was one of those novels – a beautiful story with a strand that captures the fragile bond that existed between the progressive German communities of the 30s and the city that has manifested today.

This stunning book by Phillip Hensher (2014) captured how friendships, art and especially music is impacted by but can ultimately transcend the political.

When I think about the city I was lucky enough to return to the other week, transcendence is the word that comes to mind. I think Berlin is a place that is desperately seeking to create something that moves beyond its past. 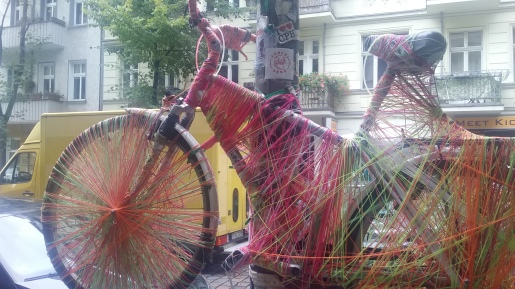 Taking a ride back from a big night of Blues dancing to my hostel in the Mitte District, this was certainly hammered home.  With the backdrop of the beautiful Gönül by Fikrit KiziIok (56 million views on Youtube), I made a terrible assumption based on accents that Berlin was a new home to Ümit my 30-something Uber driver.

He was quick to unpack my stereotype. Within a minute he told me that he was born in Berlin (but went back to Turkey to study), and that in his community – lots of other Turkish Berliners were also born in the capital, but many never used German once finishing school. He also said that this dynamic was being turned on its head as the city has embraced its internationalism over the last five years. A pretty recent turn of events in his eyes.

From an outsider’s perspective Germany’s transformation is immense. The scale of its refugee and immigration program is definitely a massive driver of this change. Last year, Germany accepted 256,000 individuals as refugees – almost 25 times greater than Australia’s program.

Germany is following a pattern similar to when Australia opened its door to huge numbers of migrants in the decades that immediately followed World War Two.  I hope it continues.

As a country, Germany is opening itself up to the world and that’s most visible in Berlin. The possibilities are immense when countries reach outwards, it’s a huge contrast to what has been.

On my first day in Berlin, I went back to the Jewish Museum. I find myself torn inside-out when thinking about the Holocaust. The museum is incredibly sensitive in how it celebrates stories of Jewish resilience and achievements in Germany. A balance that only makes the accounts, images and stories of systematic obliteration even more tragic.

An excellent piece of historical literature that captures the torrid transformation of German society is Anna Funder’s ‘All that I am’ (2011).  It’s told from the perspective of those with the means of escape but details the sense of fear and shock that led to end of civility in Germany.

I often wonder how this low point has created a magnet for so many of the world’s young  Millennials. It seems that from a position of emptiness – people think of Berlin as a place to change course. In Kreuzerg and every other hip neighbourhood, English rivals German as the first language of the city. It’s a dislocating feeling to be in a city so far removed from its conservative stodgy stoic stereotype.

It’s hard to tell whether people see it as a venue for inspiration? To join some avant-guard? I don’t know. I’m agonistic to the idea that you need to be somewhere new to change your outlook. I do believe that cities have an energy and expressiveness. In Berlin, I think people are trying to fill in the blank spaces of their own lives.

When I think about what I saw on the weekend, I think of the uncertainty of Gail Jones’ ‘A Guide to Berlin’ (2015). A bit of a hopeless story but I think about the characters who are seeking something intangible. In that book it’s the possibility of the escape from judgement and the potential for anonymity.

No transformative city offers that escape – even as the pistons of change rotate at full throttle. Yet, that is exactly what Berlin and Berliners are seeking.

** Oh to avoid the impression that I spent my time walking around Berlin like a moribund pseudo sociologist – I must put on the record that I did have a lot of fun!!! A couple of Melbourne friends were in Berlin. Many good times were had, beers consumed and lovely memories shared…. 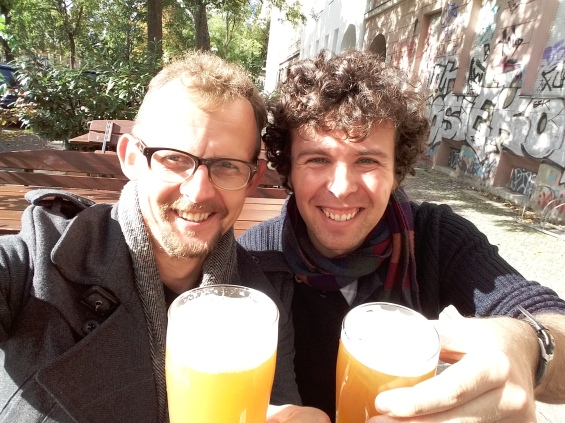 One thought on “Berlin”