When a country has a population of 327 million people – you shouldn’t generalise.

Last year, I travelled from the Mid-West to the Deep South and what I saw was a patchwork. A patchwork of communities, histories, experiences and people all with very different views of what it means to be an American.

The more I saw, the more challenging it became to draw connections across the different cities and states. Cultural divides, political divides and religious divides are everywhere. Just have a listen to the music!

Think about the bluegrass of Kentucky, Motown of Michigan, the soul of Cincinnati, the jazz of New Orleans, country in Nashville, the Blues of Mississippi and it all points to a country where all sorts of forms of expressions are possible.

This patchwork is normally overlooked when seeking clues about the direction of US politics. Such is the nature of the 24-hour news cycle that pundits will jump on a sleuth of polls, take a primary contest in isolation or jump on a woeful performance in a debate.

And while these factors can all have a big impact on shaping the ‘so-called’ national focus, it’s always humbled by local differences that make the US such a diverse country.

Next week, this patchwork will reshape the Democratic Presidential Primary as voters in 14 states (plus American Samoa) choose their preferred candidate as Democratic Nominee for the 2020 Presidential Election on Super Tuesday.

It’s a fairly disparate group of States that are voting but there are a few things that stand out. The first is that a huge chunk of America will be represented. One third of the entire population is reflected in the voting states, with the two most populous: California and Texas, forming a crucial part of the mix.

The second is that the southern states are important part of the landscape.  Of the 14 states that will come out to vote, six of them belonged to the pro-slavery former Confederate States: Arkansas, Tennessee, North Carolina, Virginia, Alabama and also Texas. Oklahoma didn’t’ get statehood until 1907 – which makes it a little different.

As for a last key factor, the non-Southern states don’t have much of a cultural overlap. It would take a lot of creative thinking to draw a meaningful cultural tie between Vermont, Minnesota, Massachusetts, Colorado, Utah, Maine and California. This really highlights the patchwork nature of  the voting states.

With a huge chunk of the democratic electorate voting by the end of Super Tuesday, the battle lines for the Democratic nomination will be firmly drawn but these lines won’t be new.

As it stands, Bernie Sanders – the self-ascribed Democratic Socialist is clear national frontrunner, but not an overwhelming one and that’s an important distinction. It’s the same distinction that allowed for Trump to lose the national vote in 2016 by almost three million votes but still win the electoral college at a similar margin to Obama in 2012.

In a country where ‘one person, one vote’ doesn’t apply in Presidential or Primary races, the importance of responding to the patchwork of the United States is critical and the only way to win.

Going into Super Tuesday, the patchwork is rearing its head in state-based polling. What’s emerged as a clear dynamic is a two-way race between Sanders and former Vice-President Joe Biden. This was a dynamic that was all but dismissed, including by this writer, a few weeks ago after two dreadful showings by Biden in the predominantly white states of Iowa and New Hampshire.

Since then, the patchwork has started playing its inevitable role. In South Carolina (which votes the weekend prior to Super Tuesday), and with the exception of Virginia (heavily influenced by the affluent and highly educated population of Washington DC), across the old Confederate States – Biden leads.

What’s behind this north/south divide? More than anything, a deep conservatism that exists in parts of the US where there is no connection between progressivism and poverty. Look at Alabama, Arkansas, Oklahoma and Tennessee. These states sit in the poorest 10 states in America but have consistently voted Republican and veer heavily towards conservative politics.

Travelling through the Deep South, in towns such as Columbus Mississippi or on the outskirts of Nashville there is a lethal combination. A disenfranchised, predominantly black and impoverished working class that runs against a dangerous nostalgia held by many white residents for the days of segregationist politics.

With a minimum wage of no more than $7.25 in these states, it’s easy to see that for many Democratic voters, Sanders’ political platform of universal health and education is just too scary: a policy agenda that sounds great but for them would result in more Trumpian politics and disappointments.

After years of being pushed to the margins, the answer for many Southern Democratic voters isn’t ‘revolution’ but rather sticking to a familiar path of muted hope which is built on a candidate who demonstrates an empathy for pain, an understanding of racial divide and a respect for the institutions (church, schools, sport and community) that provide such important support.

Given this, Biden’s appeal in these states really isn’t that surprising. As an integral part of the Obama administration, a candidate with an excellent anti-gun record and a known entity, Biden has a simple message around safety, empathy and security that has a soothing appeal.

Outside of history and geography, there is also another powerful divide working its magic. The urban/rural divide. Looking at a list of states with the largest urban populations there is a clear correlation between a tendency to vote Democrat and urban population size. Like everything, there are a few noticeable exceptions, which in this case are very relevant.

In Nevada, where Bernie Sanders had his greatest victory margin to-date, he won in America’s third most urban state. In California, which looms as a large delegate haul for Sanders, it is ranked first for urban density and population,  with 95% of its population living in urban areas. It’s probably a big reason why he’s also heavily favoured in Utah, Massachusetts (even though it is Senator Elizabeth Warren’s home state) and Colorado which all sit in the top 15 for urban populations.

The two exceptions to the list are Maine and Vermont – the two most rural states in the US (by a country mile) but over the past thirty years have consistently voted Democrat at Presidential elections. Another way to define them is as progressive enclaves that have a lot more in common with their Canadian neighbours than the regional Southern States.

In an article for The Atlantic in 2017, David Graham refers to the ‘Big Sort’, a self-selection process underway in the US as liberal voters gravitate to cities to be with like-minded individuals and conservative voters remaining in more rural areas. With more multicultural communities, generally better services and constant reminders of the American wealth gap, it fits that urban areas are more receptive to Sanders’ progressive agenda.

Even though Minnesota is one of the states that votes next week, what Super Tuesday won’t answer is how the candidate’s campaigns resonate with the middle of the patchwork and specifically the Mid-West, with Senator Amy Klobuchar having significant home state advantage.

That’s a shame as in the Mid-West there is fascinating rural/urban split from Ohio as the 20th most urban state to Wisconsin as the 32nd and Michigan, Minnesota, Indiana and Missouri all in between. It’s fertile ground to be swayed either way.

Electorally it’s a crucial area, in 2016 Trump was able to flip critical Mid-West states as his protectionist and nationalist agenda proved to have reach outside traditional Republican states. In winning Michigan, Wisconsin and Ohio – the Trump campaign showed a powerful ability to communicate a message which cajoled enough rural voters to overpower its traditionally democratic voting industrial base.

The Mid-West is really the battle-ground for the contest of ideas in the States, and given the international implications of any US election, global politics.

The running stereo-type of the Mid-West is of a super-friendliness and directness. But behind that stereotype there’s a blend of the southern community mindedness with an openness to a liberal agenda. These are States that aren’t mired in the traditionalism of the 13 original colonies, segregation of the south or the flashiness of Pacific Seaboard. They’re home to people that are often forgotten in the national debate and they will play a critical role in shaping the direction of the US.

In this context, it should be that the Democratic candidate with the greatest appeal in the Mid-West stands the best shot at defeating Trump at the general election.

By next week we’ll know a lot more about how the Democratic Primary race is shaping up but given the states represented, it’s doubtful that it will say much about any potential shifts and changes in American political divides.

More likely, the story will be a long-standing one of urban and rural contrasts mixed in with a narrative relating to north/south politics. We’ll have to wait for the middle of the country to vote to see how the American patchwork is being shaped.

The good news is, with Michigan and Ohio voting in the two weeks after Super Tuesday, the wait won’t be long. 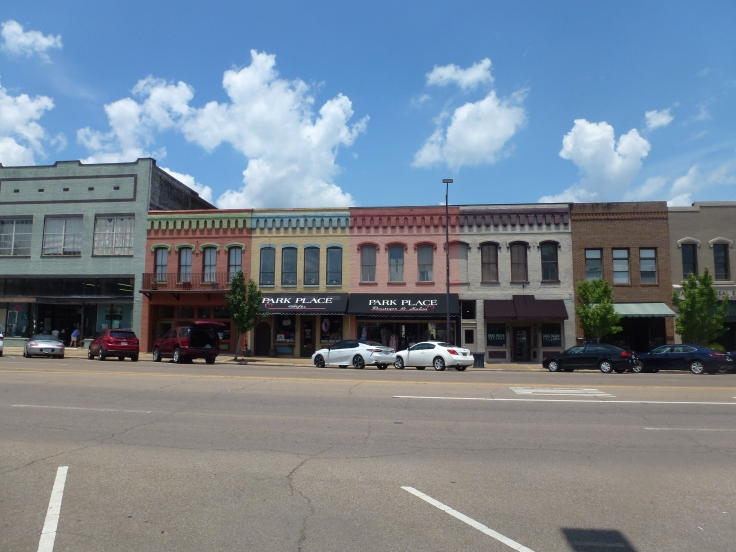 One thought on “America’s Patchwork on Super Tuesday”